The Elves’ Hideaway was kept secret from mankind for a long time. The animals, creatures of the earth, water and forest, all learned to live together in peace here. This time was called the “one thousand years of peace”. When the Elves’ Hideaway folk decided to open the place to humans, the balance which rested on the four fundamental forces of nature began to shake and strange things started to happen…  Come and see what it’s like to live in a living fairy tale, learn about plants, nature, and things elves do. Help the elves solve the secret of the Seita Stone or join the Elf in the Yellow Dress or join the Forest Elf on a fun and educational expedition! 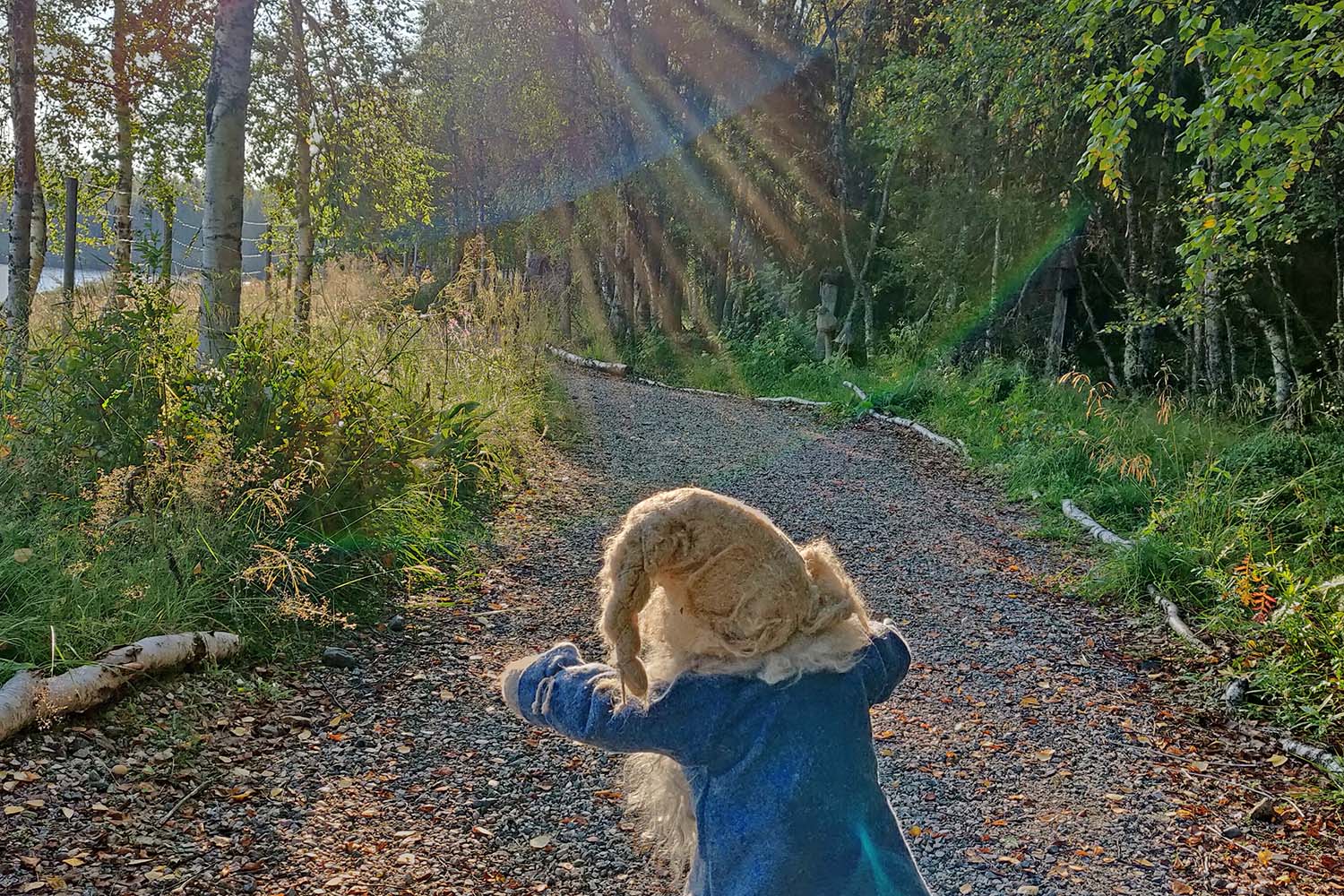 The Elves’ Path leads to the Elves’ Hideaway

The Experience Forest Path leads guests to the most secret place in the elven world, The Elves’ Hideaway. The elves do their own thing in their hiding places in the Experience Forest. Lucky wanderers may find an elf’s hut, nursing hut or a hideaway hole.

Keen observers will see the diversity of flora and fauna living in the forest. This place exudes strong smells of nature and walking through Experience Forest evokes the beautiful details of the forests that would usually go unnoticed in the hustle and bustle of everyday life. The peace of the forest captures your heart, and as you continue your journey, your mind becomes lighter. 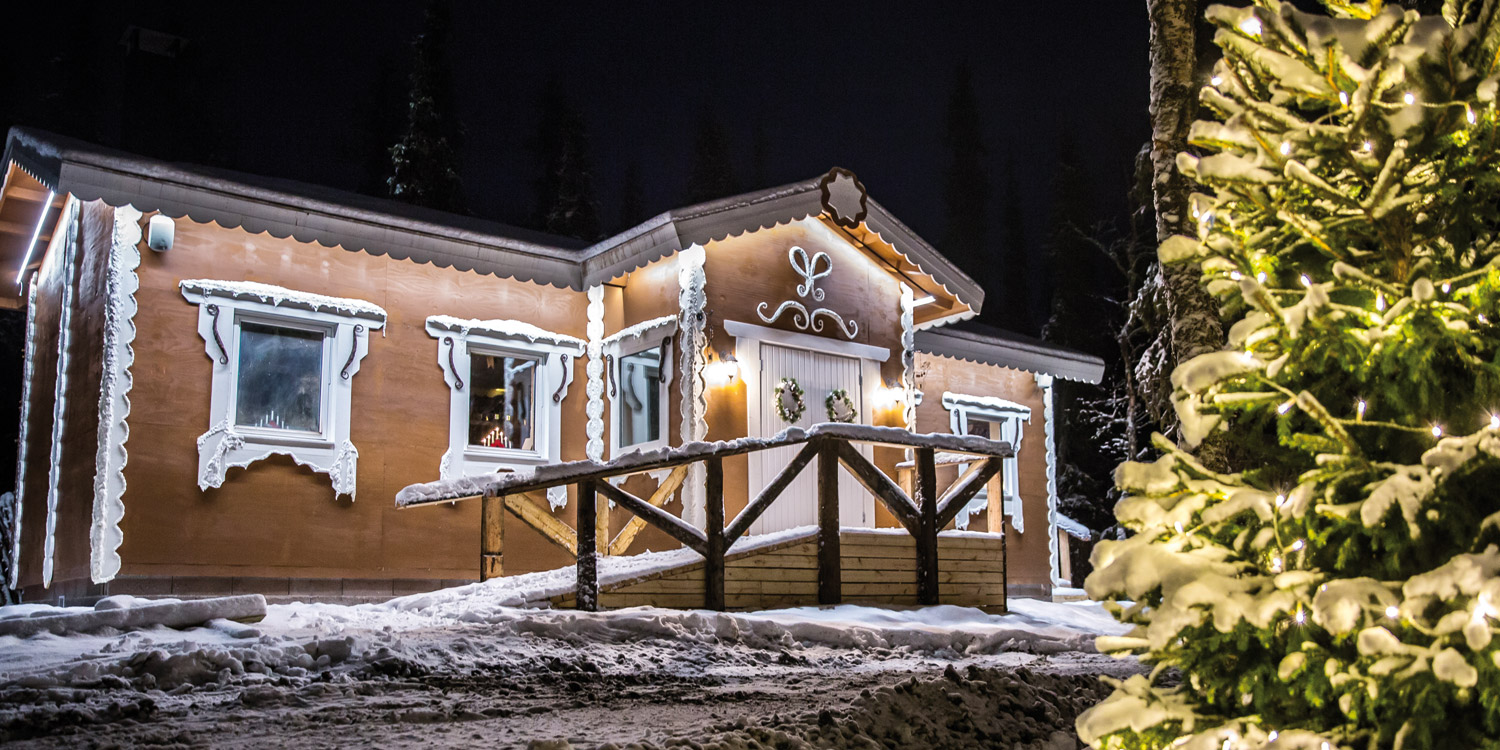 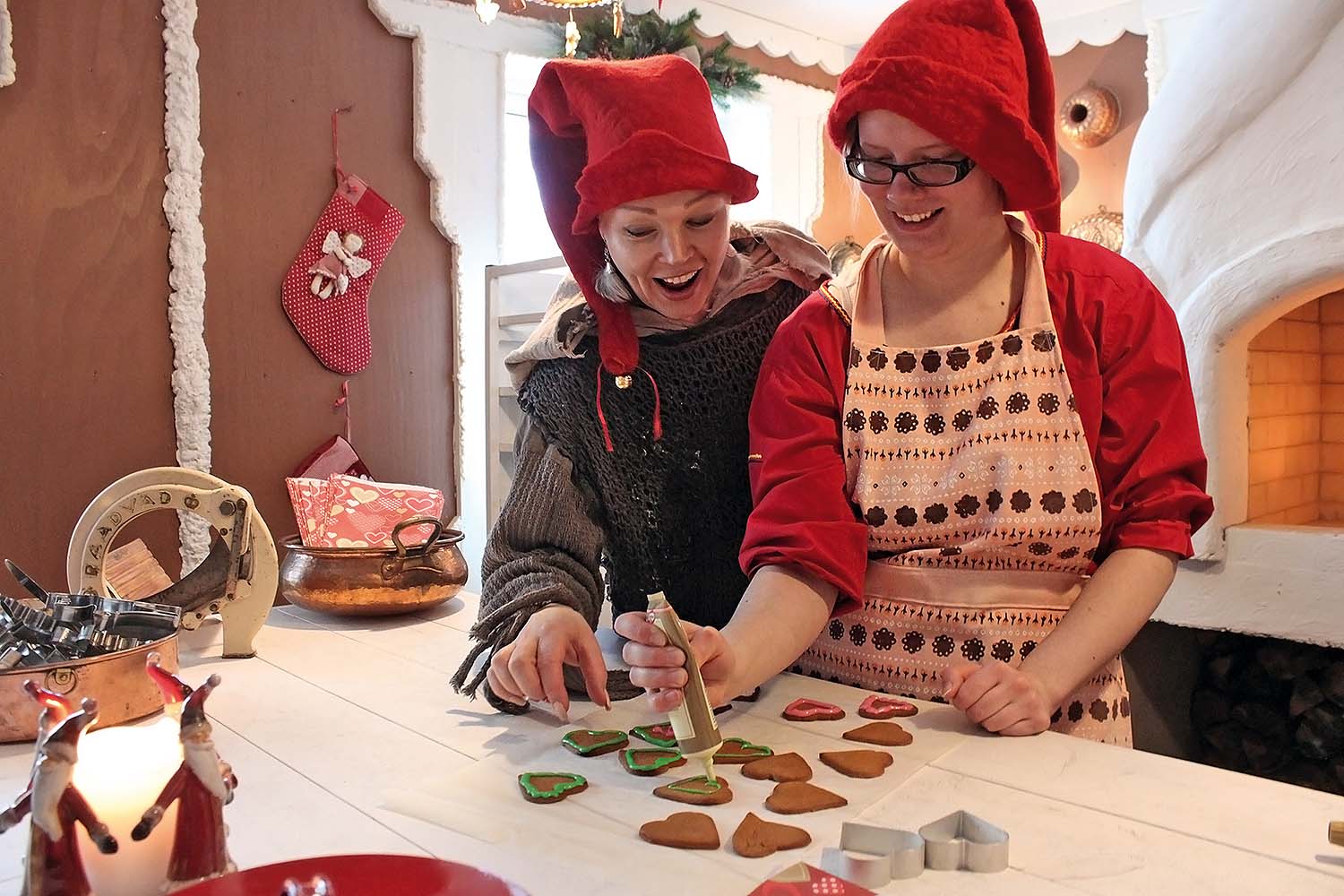 The aroma inside the Gingerbread House is simply beautiful!

The oven in the Gingerbread House is on more often than it’s off and this sweet elves’ experimental kitchen also designs and bakes other special treats. The best recipes come from the Elves’ Secret Cooking Book of course.

Have you ever tasted the elves’ spruce sprout treacle or little round marigold pies?

The most popular event held at the Gingerbread House happens at the dough shop perhaps, where the elves teach guests how to make   Mrs Claus’ best gingerbread dough. Guests can take a piece of this magical gingerbread dough home with them. Guests are kindly asked to sign the Elves’ Non-Disclosure Form before attending the dough workshop to keep their secret recipe safe… 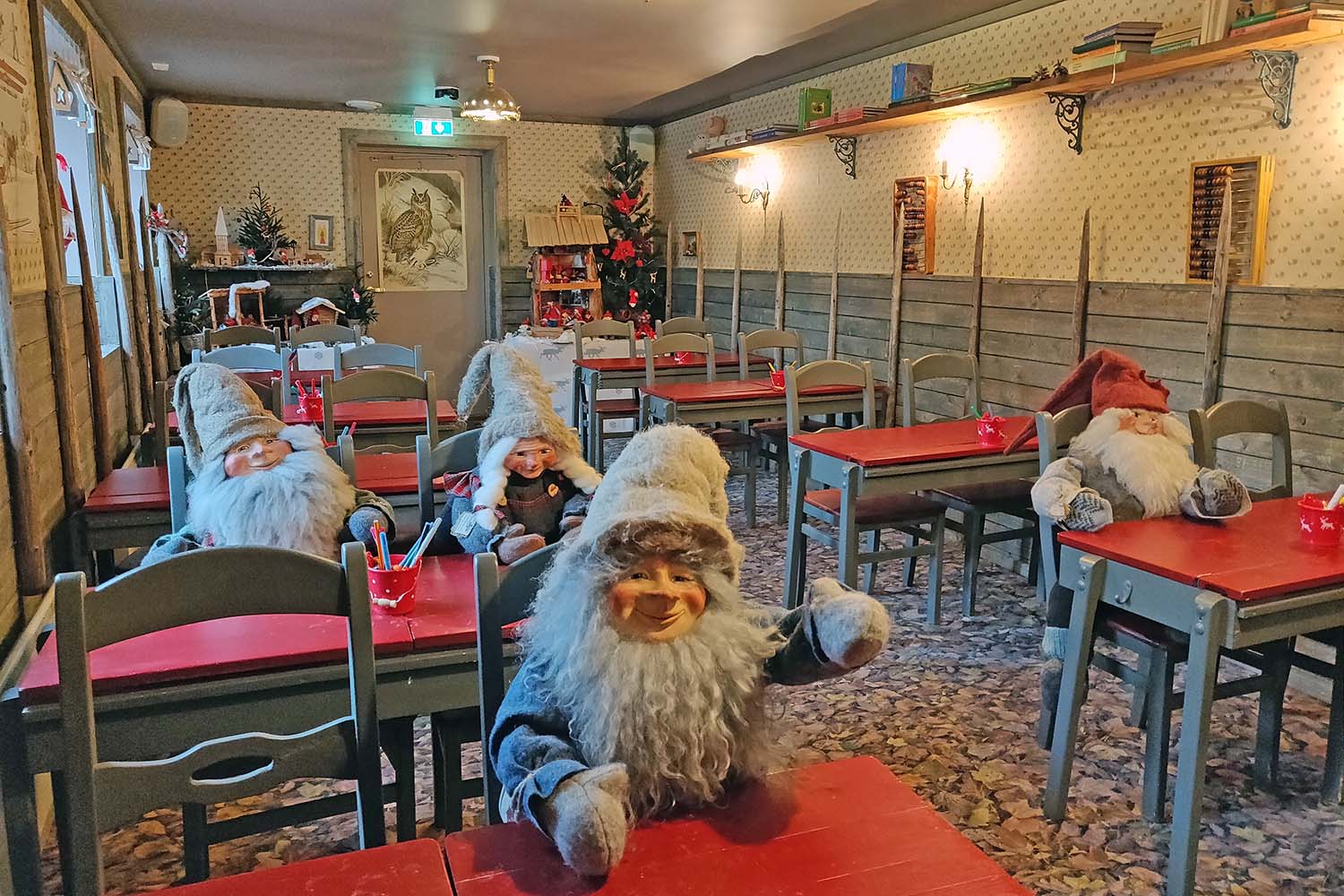 Have you ever wondered how to become an elf? The Elves’ Village Elves have their own theory of how they came to be, but becoming an elf also requires a lot of studying, training and hard work.

The Elf School opening ceremony takes place on the seventh day of the year. On the seventh day, the Elf School Principal, Principal Aikki rings the bell in the Elf School Clock Tower twelve times. The beginning of the new school year is always celebrated beautifully with fireworks, dancing and singing loud across the Elves’ Village lands. The opening ceremony attracts so much interest that it is streamed live online to elves and other beings in every corner of the earth. 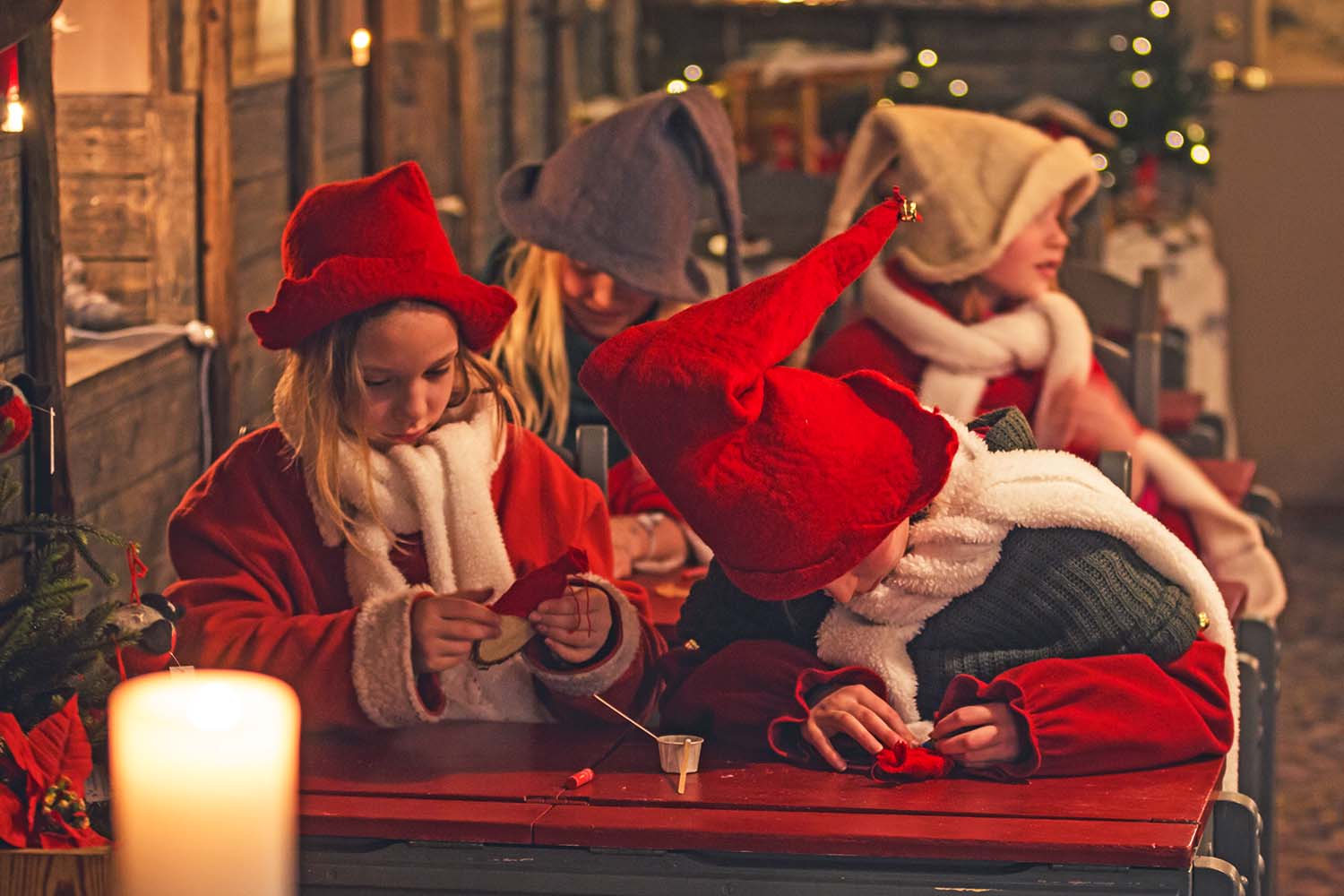 When you can hear cheeky laughter all the way out from the Elf School, there is a “speed wrapping” contest going on, which is the highlight of the Elf School’s week. Sometimes the handiest human guests also take part. The Elves’ Hideaway and Elf School are the ideal places for parties, get-togethers and meetings. 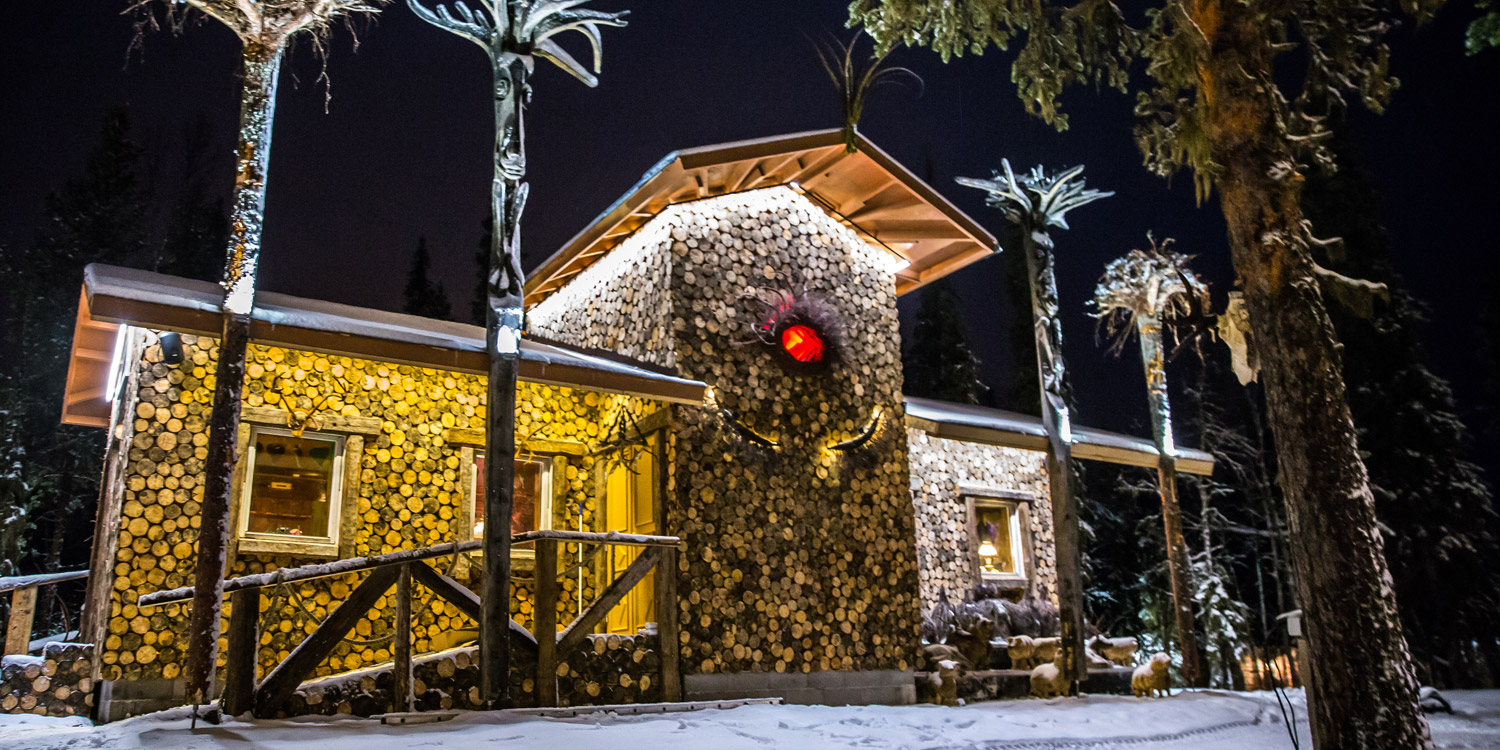 The Hut of Knowledge

The most handsome house in the Elves’ Hideaway is the Hut of Knowledge, which is decorated with an enormous crystal containing healing powers found in the Seita Stone tunnels.

The ruler of the Knowledge Hut is the Wise Elf, Ämmi. Ämmi is the most soulful, wise and gentlest elf in the Elves’ Village and possesses the power of the Third Eye. Ämmi’s Third Eye is a mystical sceptre decorated with powerful crystals. The sceptre enables Ämmi to sense things that cannot usually be seen or heard.

The Hut of Knowledge contains all the knowledge that elves and dwarfs have been storing up for centuries. This knowledge is recorded in the Elves’ Book of Wisdom. The Hut of Knowledge protects all of most important treasures in the village, such as the Book of Wisdom, the statue to honour the biggest Magic potato of all time, Ämmi’s Third Eye sceptre, potion recipes, spells, the most powerful stones and crystals, as well as a massive collection of poems and songs. 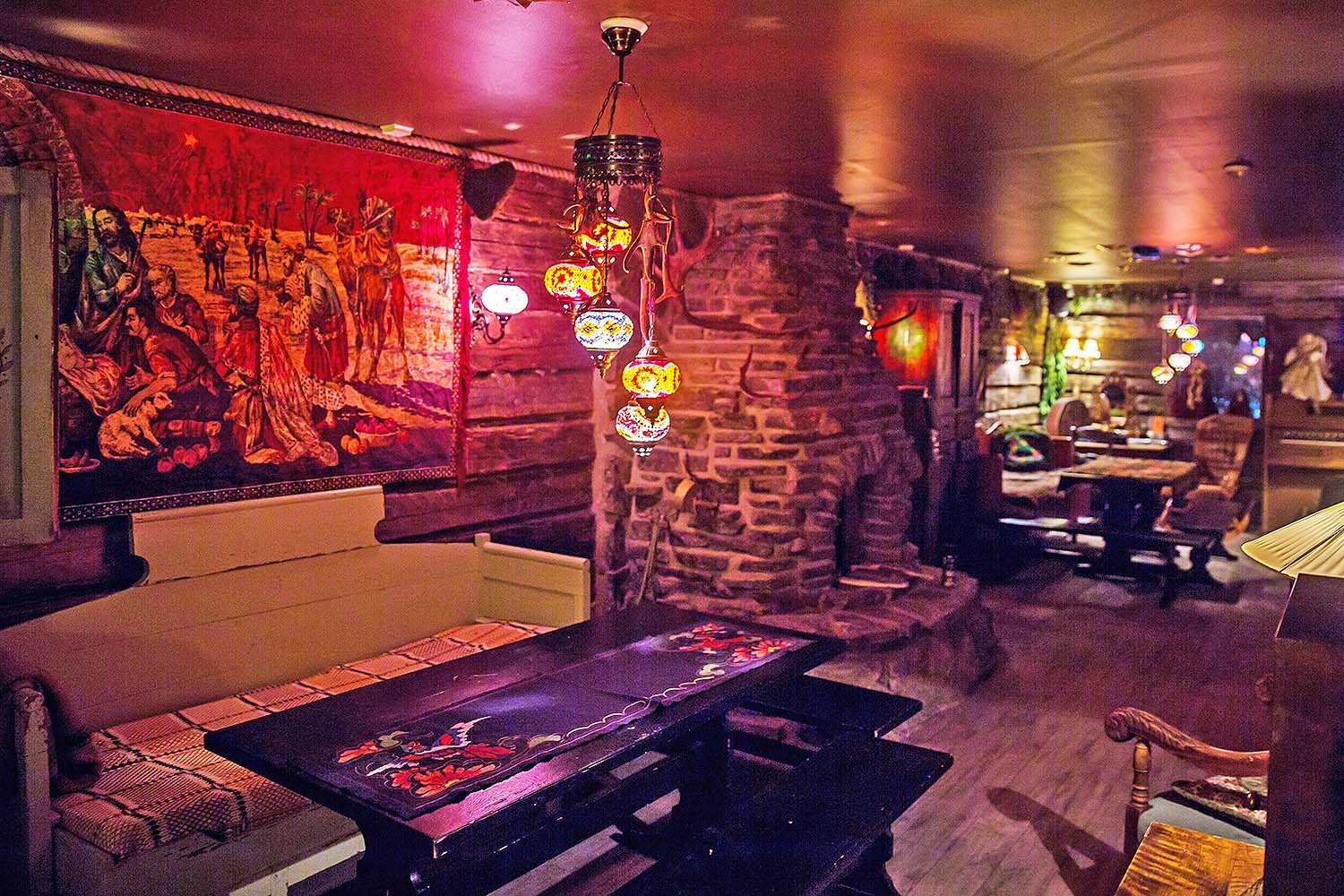 The peaceful and mysterious Hut of Knowledge

Elves tell visitors about the history of the area, wild herbs and other forest treats in the Hut of Knowledge. The guests can collect nature’s offerings in summer to make their own Lappish footbath, face mask or energising tea if they like.

The Hut of Knowledge is the most peaceful and mystical place in the Elves’ Village, where different kinds of wellness retreats are hosted. Such retreats have included spiral meditation exploration, mindfulness retreats, angel therapy, psychic events and spiritual seminars.